Being “That” Black Girl

I could easily say high school is when I realized who I was and what I wanted to do to make the world a better place. But I’ve always had a strong sense of self but my faith in my fellow black people during most of high school was little to none. The black kids who went to high school with me it seemed as if I was the only one who cared enough about what was going on with black people outside of out sheltered town. Sure they would tweet about it when something struck the media but then go to school and dog the ground black people walked on. We pitted ourselves against each other and that made it so much easier for outside races to come in and disrespect us. They did so with no consequence because nine times out of ten we weren’t going to defend one another.

For some reason I still continued to have my black classmates back despite the fact that they would not do the same for me. In my head it doesn’t matter if they were ignorant or anything like that we are black and we stick together. If that’s not one thing we learn from our history is that we need to have each others back. I adapted that mindset and that quickly went away towards the end of my junior year. Around that time some guys at my school were being harassed by our administrators to cut their dreads. Eventually they were forced to leave the school but only after they took our school to playoffs in basketball. So me being the “that” black girl argued every white person and teacher who agreed with it saying how this was our culture. Dreads make up the identity of our black men and they were forcing them to take away something that made them unique. Then I realized how stupid I was for arguing for them when these same people were just on social media degrading dark-skinned girls. I didn’t completely understand myself anymore. I thought I was always doing a good think but I never felt the same love in return. 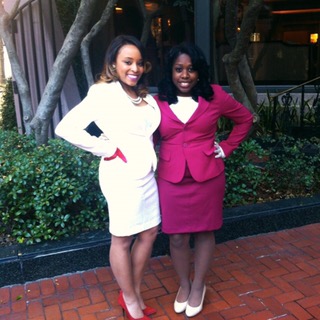 That’s when I wanted to change. I only wanted straight weave and I moved away from my previous style (thank goodness for that though)  and I tried to convince myself that I was “normal” somehow. I just wanted to blend it and the best way for me to do that was to try to hide who I really was. Fortunately, that “normality” didn’t last long and by senior year I was back to being who I am.

“It wasn’t the hardest thing in the world being one of the few natural dark-skinned black girls with a passion for advancing her race. But it was when you were the only one who actively spoke out about.”

When I got to college…

I felt so free when I got to college and people didn’t look at me differently for being so passionate about who I am and how proud of my history I was. I felt welcomed by that, questions about my hair started to vanish because there was natural haired girls every where. People who understood my experience in high school were surrounded by me and I was truly grateful. There are times when I do feel the same way about my race but the way I feel about myself doesn’t change anymore.

But I still am “that” black girl to my friends and even just people I speak to causally. I’m the angry one, militant, afro-centric, etc. I don’t take offense to it because at the end of the day  “that” is who I am. I am okay with being “that” girl, the one speaks out in class, the one who’s always on a rant about politics and society, or the one who to make change and be our ancestors wildest dreams. If all I’m known as is being “that” black girl. Then that is okay with me.  I’m a firm believer that if I stand for nothing I will fall for anything. I have a voice and I will actively use it. My role in this life is to educate and normalize the beauty in our culture.

Your words do not offend me and they do not hurt me. I’ll just be as black as I’ll ever be.